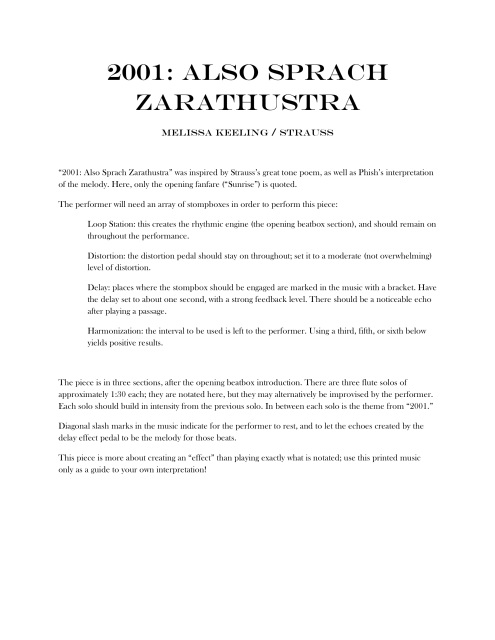 For flute and back track.

“2001: Also Sprach Zarathustra” was inspired by Strauss’s great tone poem, as well as Phish’s interpretation of the melody. Here, only the opening fanfare (“Sunrise”) is quoted.

The performer will need an array of stompboxes in order to perform this piece:

The piece is in three sections, after the opening beatbox introduction. There are three flute solos of approximately 1:30 each; they are notated here, but they may alternatively be improvised by the performer. Each solo should build in intensity from the previous solo. In between each solo is the theme from “2001.”

Diagonal slash marks in the music indicate for the performer to rest, and to let the echoes created by the delay effect pedal to be the melody for those beats.

This piece is more about creating an “effect” than playing exactly what is notated; use this printed music only as a guide to your own interpretation!