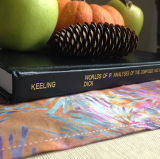 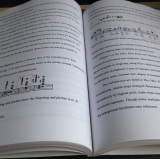 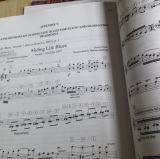 DMA Dissertation - "Worlds of If: Analyses of the Composed and Improvised Works of Robert Dick" (digital download)

Melissa Keeling's DMA Dissertation - "Worlds of If: Analyses of the Composed and Improvised Works of Robert Dick" (digital download)

Considered one of the most important publications in twentieth-century flute pedagogy, Robert Dick’s seminal method book, The Other Flute (1975), is an extensive catalogue of multiphonic fingerings, microtonal fingerings, glissandi, circular breathing, and other extended techniques. The Other Flute and a handful of his published solos are widely studied, but these works only represent a fraction of Dick’s creative energies.

Equally comfortable in classical, jazz, rock, electronic, and world music, Dick’s oeuvre demonstrates a sophisticated, musical use of contemporary techniques and his pieces have become standard repertoire. Though Dick was not the first flutist to use or notate these techniques, he proved how to use them extensively, and convincingly, in a musical way. Robert Dick’s over two hundred works illustrate a global perspective, demonstrating how one instrument can fill any musical role in any genre. His musical philosophy, which he describes in the liner notes to his album Worlds of If, is that anything is possible and anything can happen.

The aims of this dissertation are threefold: first, to publish a complete biography of Robert Dick; second, to identify the primary characteristics of Dick’s musical style; and third, to analyze both his composed and improvised works. At present, no complete biography of Dick has been published, nor has any in-depth study dedicated solely to his music been carried out. No substantial transcriptions of his improvisations have ever been published, although over 90% of his works are improvised. This dissertation illustrates how Robert Dick has taken his place in a centuries-old tradition of innovation by flutists such as Jacques Hotteterre, Joachim Quantz, Charles Nicholson, Theobald Boehm, Severino Gazzelloni, and many others.

Chapter 1 contains a biography of Robert Dick. Chapter 2 explores three primary characteristics of Dick’s style: the use of extended techniques, the influence of American popular music, and improvisation. Chapter 3 examines three of Dick’s works, both composed and improvised, in order to analyze the primary characteristics of his musical style and how he formulates improvisations. The appendix lists Dick’s complete discography, pedagogical materials, biographical events, and compositions.

By defining the emblematic characteristics of Robert Dick’s style, performers can craft more informed interpretations of his music, improvisers can expand their toolbox, and composers can gain a deeper understanding of the musical applications of extended techniques.